Make a Harlem Shake Video with this App

March 1, 2013 by Galvin Tan in Entertainment, Technology with 0 Comments 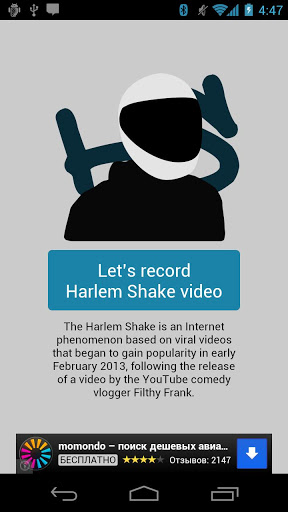 Just like many Thor memes that I did before, this time I decided to jump on the Harlem Shake bandwagon and made a video of it.

Of course, the ‘Lite’ version of the app is FREE and comes with banner ads and you’re not able to save it to your device. However, with the ‘Pro’ version, you can save every version of Harlem Shake videos on your Android devices without the banner ads in your face.