Watching this movie is like reliving my childhood days, being glued to the TV watching Ultraman fighting monstrous alien creatures. It also reminded me of my Sundays spent in One Utama playing MechWarrior simulator the whole afternoon. I dare say only kids from the 70s and 80s will truly appreciate this piece of fine Sci-Fi art by Guillermo del Toro.

Guillermo del Toro is no stranger in the movie world as he has directed a number of great fantasy and Sci-Fi movies such as Hellboy and Pan’s Labyrinth.Pacific Rim is set in the future where soldiers pilot giant robots/mechas (Jaegers) into battle against giant alien monsters (Kaijus) that have risen from a portal beneath the ocean. 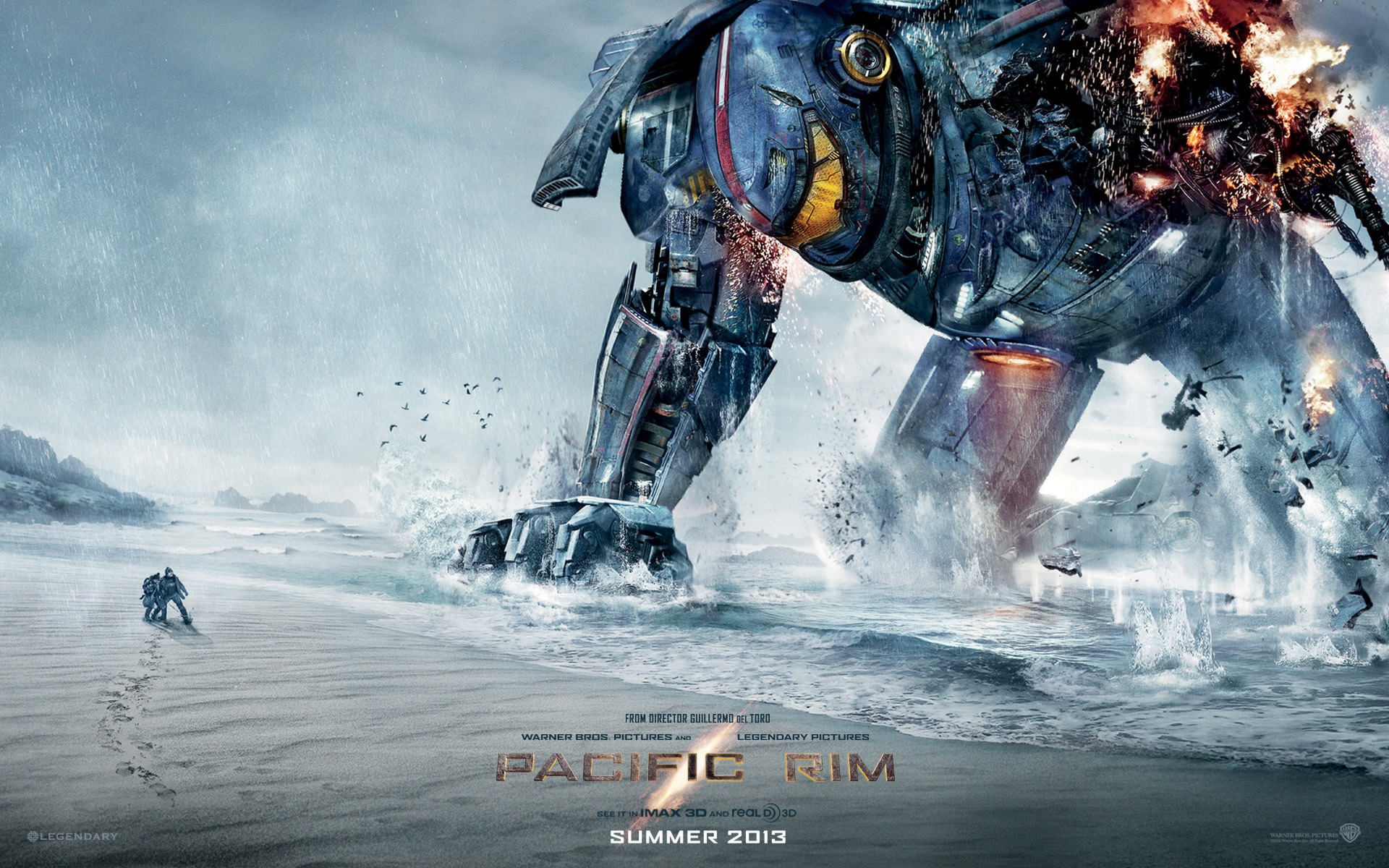 Just like any Sci-Fi movies, mankind face extinction from the invading giant alien monsters, also known as Kaiju from the deep. To save the mankind, humans begin building and piloting giant mechanical robots, also known as Jaeger into battle in desperate attempt to save the world from apocalypse.

You will not see familiar names in the list of cast for Pacific Rim. So do not expect a Star-studded lineup.

For starter, you will see Charlie Hunnam playing the role of Raleigh Becket, one of the pilots for Gipsy Danger. And then you have Yancy Becket, Raleigh’s brother who is the other pilot for Gipsy Danger, acted by Diego Klattenhoff. The heroine, Mako Mori is acted by Academy Award nominee, Rinko Kikuchi.

The only two actors that I can recognize are Ron Perlman, acting the role of Hannibal Chau and Idris Elba as Marshal Stacker Pentecost. Yes, Ron Perlman plays Hellboy in Hellboy I & II and Idris plays Moreau in Ghost Rider: Spirit of Vengeance.

They may not be the usual suspects of Planet Hollywood but they are bunch of talented cast.

If you’re a big fan of Ultraman and Transformer, you will like this movie. There’ll be plenty of awesome looking Jaegers and Kaijus. Also be prepared for plenty of explosions and destructions. Makes you feel like a kid playing Godzilla trampling on big cities all over again. Suddenly, I’m a fan of Jaegers and Kaijus.