User review: Five reasons to get the BenQ F5 smartphone

January 18, 2015 by Galvin Tan in Reviews, Technology with 0 Comments 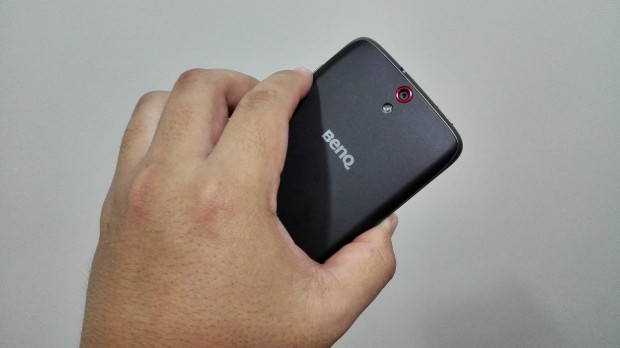 BenQ Corporation is a Taiwanese multi-national company that sells and markets consumer electronics, computing and communications devices and they were huge after Y2K.

Still doesn’t ring a bell? Well, you’d probably know them better for their LCD monitors or CD/DVD-ROMs back then in your PC. BenQ sells and markets technology products, including consumer electronics, computing and communication products. Its principal products include TFT LCD monitors, digital projectors, digital cameras, and mobile computing devices.

I have the chance to play around with the BenQ F5 4G LTE smartphone for the past months and I can only share my admiration for it. Now I’m not going to give you all the technical jargons but instead, I’m going to share with you FIVE GOOD REASONS why you should get the BenQ F5 smartphone if you have the choice. 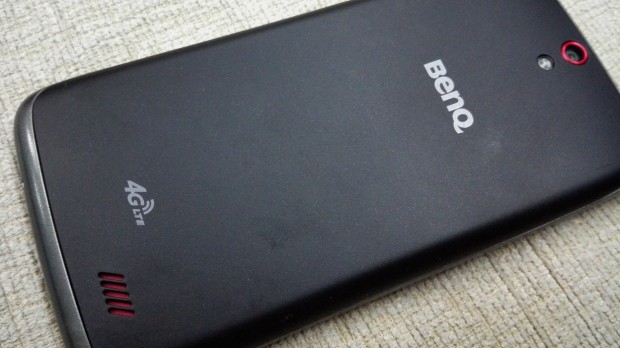 BenQ jumped straight into a 4G LTE device rather than to come up with another low-end 3G variant. This clearly shows their commitment in providing the best and up-to-date mobile device to the consumers, just like they did before with the rest of their consumer products before. I’ve had superb 4G LTE experience on DiGi and Maxis network so far and the F5 just makes the experience much more enjoyable.

2) Power in your hands 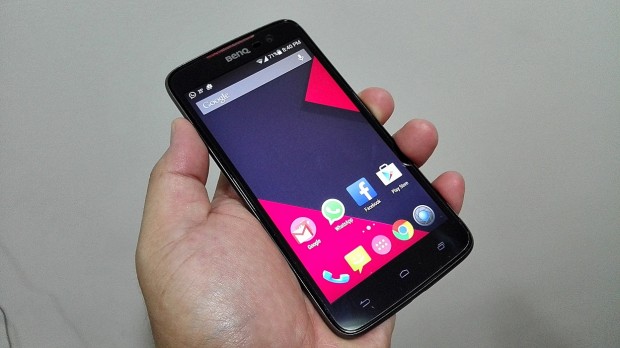 A Qualcomm Snapdragon processor is the crème de la crème of mobile processor and the F5 is equipped with a 1.2GHz quad-core Qualcomm Snapdragon processor. While it may not be the best on its range, it’s definitely capable of executing most tasks much needed for a mobile device. With the 16GB internal storage, you’re able to load in as many apps and media files as you wish. And if you do run out of storage space, you can easily expand up to 64GB with a microSD card. How big is that? Well, you can basically load in the entire season 1-5 of Games of Thrones into your phone. If that is not enough, cloud storage is easily available too. 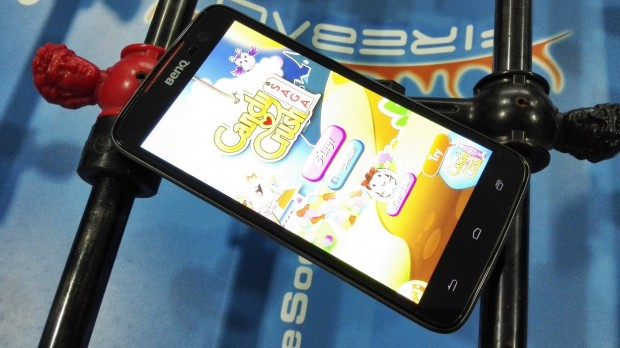 I truly believe all 5-inch display smartphones are of fun size. They are the right size for viewing pleasure and to get around the device. The BenQ F5 has a 5-inch QHD screen and the display is absolutely brilliant. Okay, put it in laymen term, the F5 has a high-definition display and QHD falls in the mid table of the High-Definition chart. So that’s a pretty awesome display. It allows me to watch my favourite series without needing to squint my eyes all the time. The display performs well under the sun too.

While having a big screen is a great thing, having a big bulky body is not. Thankfully, the BenQ F5 is finesse built. It may not have all the glitter and glossiness of those premium smartphones, the BenQ F5 is built delicately with rounded edges that fill great in your palm. It’s anti-slip plastic back cover and plastic body is not that shabby too. With a thickness of only 8.5mm and weighing less than 140g, the F5 is indeed in the lightweight division of smartphones.

4) Take a break with KitKat

The F5 is loaded with Android KitKat 4.4.2 and it’s pretty awesome. No it’s not some chocolate bar you take a bite off but it is the latest version of Android you’ll ever get on a smartphone that cost less than RM700.

Android KitKat is designed to run on devices with as little as 512MB of RAM. With an improvement in memory management, multi-tasking is much smoother on Android KitKat. And it’s your heavily dependent of Google search on an Android device; Google Now also had a tremendous improvement. 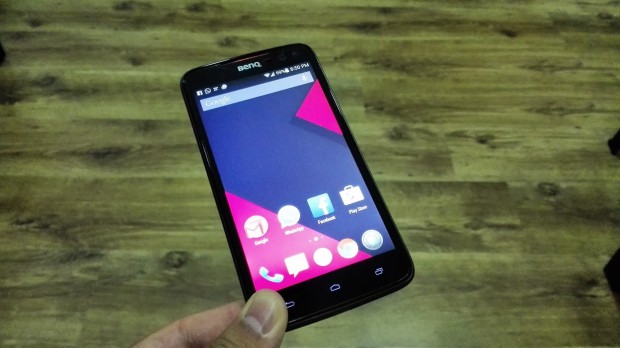 The BenQ F5 may have been huge on the display real estate, but its physical form isn’t all that big at all. The BenQ F5 is also an absolute gem to carry around in my pocket. Being generously thin, it snugged nicely in the front pocket of my pants and doesn’t give me the bulge unlike those huge phablets which are relatively bulky and heavy.

The F5 isn’t just light physically; it’s also lightweight in the power consumption division. Packing a non-removable Li-Ion 2520 mAh battery, the battery can last me a good 10-12 hours before I frantically search for a charger. Please note that I’m quite a heavy user on this light device – pun intended.

It has come to my attention that many mid-range smartphones are making their way into the market and we can only expect to see more to come. BenQ is relatively new in the smartphone industry but they are no strangers when it comes to consumer products. The BenQ F5 is only just the beginning; expect to see more from them in 2015.

And with a price tag or RM699 for the F5, you know they are in to give the rest of the smartphone makers a run for their money.